Long ago, Waffenträgers—colossal German Tier X tank destroyers with high-caliber autoloaders—roamed the battlefields of World of Tanks. Some believed they were gone forever, but in fact, a single one remains, and soon it will return with even more power. From September 28 through October 12, fight in The Last Waffenträger. Take on the empowered legendary vehicle as part of a seven-strong team of modernized T-55 tanks to earn the right to command the Waffenträger and fight like the final boss!

Max von Krieger, formerly known as von Hoffman, is the Engineer who left Headquarters some time ago in order to weaponize advanced electromagnetic technology. Headquarters has deemed these activities to be dangerous and intends to stop the Engineer and capture the tech with the help of the players on the Harrier Squad, a special task force.

The Harriers face the Waffenträger auf E 110 in a special 7-vs-1 game mode on select maps as von Krieger’s creation is extremely powerful. Moreover, the Waffenträger, which is manned by a single player, has AI-controlled allies called Sentinels. These should be engaged first because at the start of a battle, the Harriers won’t be able to do much damage to the E 110. The T-55 Thunderbolt tanks need to boost their team’s power by using Energy Packs dropped by the last Sentinel of each group while also dodging the Waffenträger’s potent attacks and special abilities. In a single battle, a Harriers’ T-55 Thunderbolt tank has three ‘Lives’—meaning it will respawn twice.

The Last Waffenträger has two progressions: one for the Harriers and one for the Engineer. There is also a single event progression meter. Complete special battle missions to get unique event reward boxes called Footlockers. Harriers’ Footlockers and Engineer’s Footlockers contain items for completing one of the two event Collections and other in-game goodies. To fill the event progression meter and grab all the event rewards, you need to complete both Collections.

Like Harriers’ and Engineer’s Footlockers, Special Footlockers feature the newly introduced Reopen mechanic: you can “reroll” their contents, whereby the current contents is permanently replaced, unless you choose to "reroll" again.

You’re guaranteed to receive 100 when you open a Special Footlocker for the first time.

Please note that 100 is added to your account only once, and won’t apply if you reopen the same Special Footlocker for the second, third, etc. time.

Harriers’ and Engineer’s Footlockers can be reopened up to 3 times for Credits.

Special Footlockers can be reopened up to 5 times for Gold.

Completing the Harriers’ missions will give you Keys, which are required to play as the Waffenträger auf E 110.

There won’t be any compensation for unused Keys when the event ends. So, make sure to use them all!

At the start of the event, you can complete a special mission in Random Battles to earn one Key. The mission will become available when the event launches (i.e. before Prime Time starts) and it will remain active for 7 days. You need to win 5 Random Battles in Tier IV–X vehicles and be among the top 10 on your team by experience earned.

At the event’s launch, queues are possible due to a relative lack of Waffenträger auf E 110 operators, and you may have to wait for a couple of minutes.

The basic attack of the T-55 Thunderbolt is the Shock Bolt, the power of which can be amplified over the course of the battle. Its Charge ability increases the tank’s mobility for a brief time and has a cooldown. Every T-55 Thunderbolt has 3 Lives (including the starting one), which means it can respawn two times in a single battle.

Fight in packs and coordinate the team’s efforts as the chances of a single T-55 Thunderbolt defeating the Waffenträger are close to non-existent. Work together to destroy the Sentinels assisting the Waffenträger. The final vehicle of each Sentinel group (which can be located in different spots on the map) will leave an Energy Pack resembling a ball of lightning. Please keep in mind that each group of Sentinels differs in strength.

Driving into an Energy Pack will enhance the entire Harrier Squad, boosting the damage of all tanks, restoring part of their HP pools, and giving a bit more time to defeat the Waffenträger auf E 110. Be cautious though, as the big baddie may try to prevent you from collecting an Energy Pack.

The amount of electrical charge absorbed by the Harriers’ tanks is shown as Power Amplified. Once it’s maxed out, the Contact effect activates and the Waffenträger auf E 110 becomes completely visible for the rest of the battle, irrespective of distance and cover.

Also, remember that as the Harriers, you will be fighting against time. It is important to survive long enough for your tanks’ guns to reach full power, but if the timer runs out with the Waffenträger still operational, von Krieger will win. You need to promptly overcome the Sentinel groups to gain power and become able to deal with the Waffenträger E 110 itself. 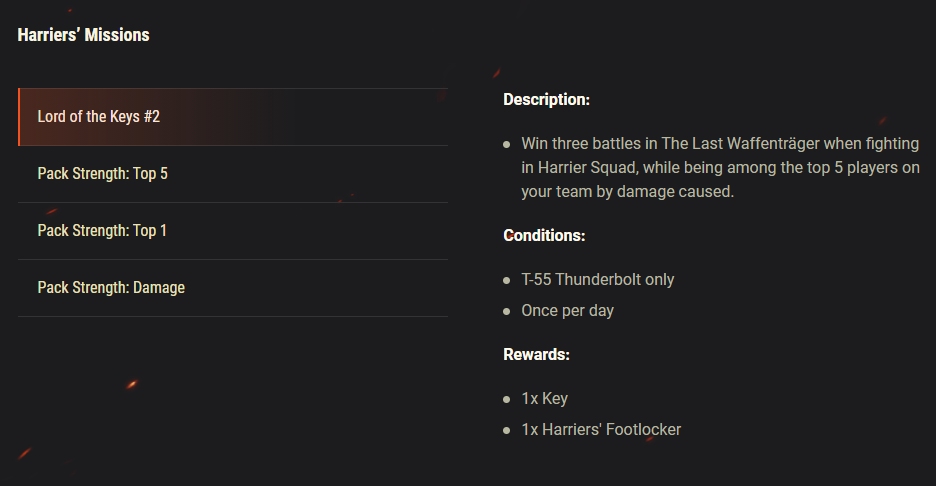 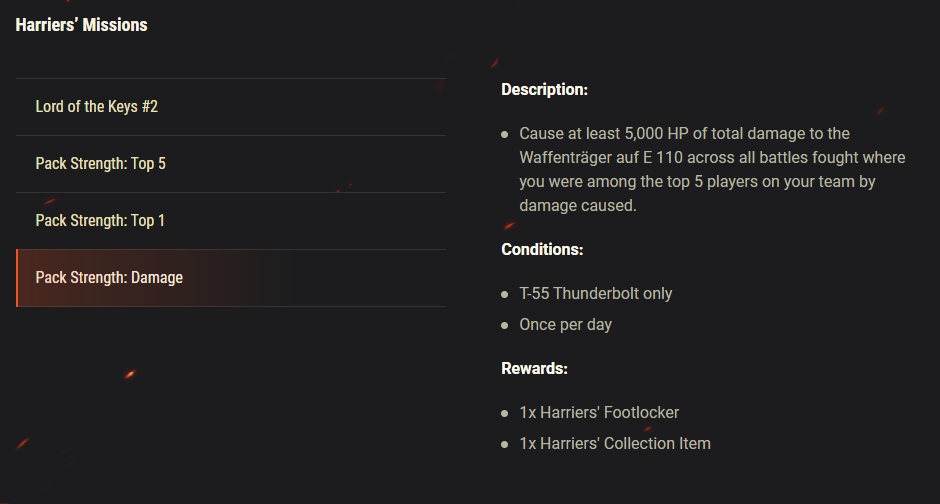 Completing Harriers’ missions will give you Keys that allow you to play as the Waffenträger auf E 110, as well as Harriers’ Footlockers. They may contain Collection items—event-themed vehicle customization elements that will stay on your account after the event ends. These include styles, camos, emblems, decals, inscriptions, and T-55 Thunderbolt crew skins. Also, Harriers’ Footlockers contain in-game goodies of one of several types. If you would like a reward of a different type, you can Reopen the Footlocker using credits (up to three times total).

To ride in the mighty Waffenträger auf E 110, you need a special Key. These are awarded for completing Harriers’ missions and for reaching certain milestones of the event’s main progression meter. Keys will also be available as part of bundles in the Premium Shop during the event.

The Waffenträger auf E 110 gives you the feeling of overwhelming power, which is totally worth the effort of obtaining Keys. Max von Krieger transformed this already impressive vehicle into a lightning-spewing juggernaut. Even its basic Gungnir attack can take away well over half of a T-55 Thunderbolt’s entire HP pool. At the same time, the E 110 is capable of firing shots in rapid succession, just like an autoloader. The EMP Arrow special ability can slow and stun targets while the EMP Burst is a devastating area-of-effect weapon. The mighty pulse spreads from the Waffenträger in every direction, passing through obstacles and stunning every foe within its radius, damaging the nearest ones. The more enemies hit, the shorter the cooldown.

On top of that, the Waffenträger auf E 110 is immune to fire and damage to modules and tracks. Also, von Krieger placed several groups of AI-controlled Sentinel vehicles around the map that will assist you in spotting the Harriers and doing some damage (which increases towards the end of the battle).

The first tip is to not get drunk on the Waffenträger’s power: it still can be defeated, so you must be attentive.

You can win either by eliminating the Harriers’ Lives or by surviving until the timer runs out. In the latter case, you win even if there are Harriers left. Eliminate opponents who are far from their Squad, protect your Sentinels, and deny your enemies the Energy they desperately need. And don’t be too proud to disappear from your foes’ view if needed!

You can also obtain Keys by completing Harriers’ missions, completing the special mission when the event launches, and as part of special bundles available in the Premium Shop. Also, there will be no compensation for unused Keys when the event ends.

The exact location of von Krieger’s hideout is unknown to Headquarters. The Harriers are scouring Redshire, Studzianki, and Fishermen’s Bay for him and the last Waffenträger. The event versions of the maps are slightly modified, with extra terrain folds and buildings to create more cover options.

It is a special version with a unique camouflage pattern so you can easily identify it, should you encounter it during the special Prime Times. If you and your team manage to triumph over the E 220, everyone on the team will receive a Special Footlocker! They contain even bigger rewards including Premium vehicles and a chance to get the new American heavy tank T77!

Along with Special Footlockers, special bundles include Keys which are required to play as the Waffenträger auf E 110.

The T77 The T77 is the ultimate prize that may be contained in Special Footlockers. This American Tier VIII Premium heavy tank has a good view range, and its 120 mm gun with a decent depression angle sports an autoloader holding 3 rounds with outstanding alpha damage for its tier. Use this occasion to park this Yank in your Garage! 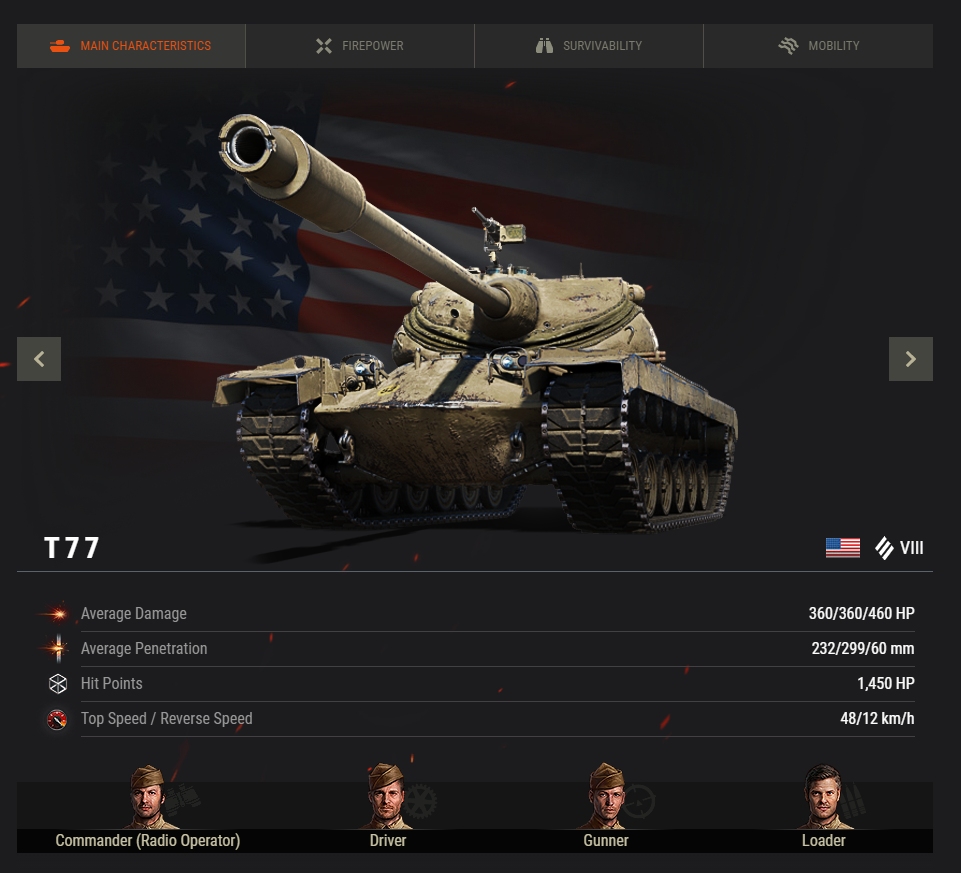 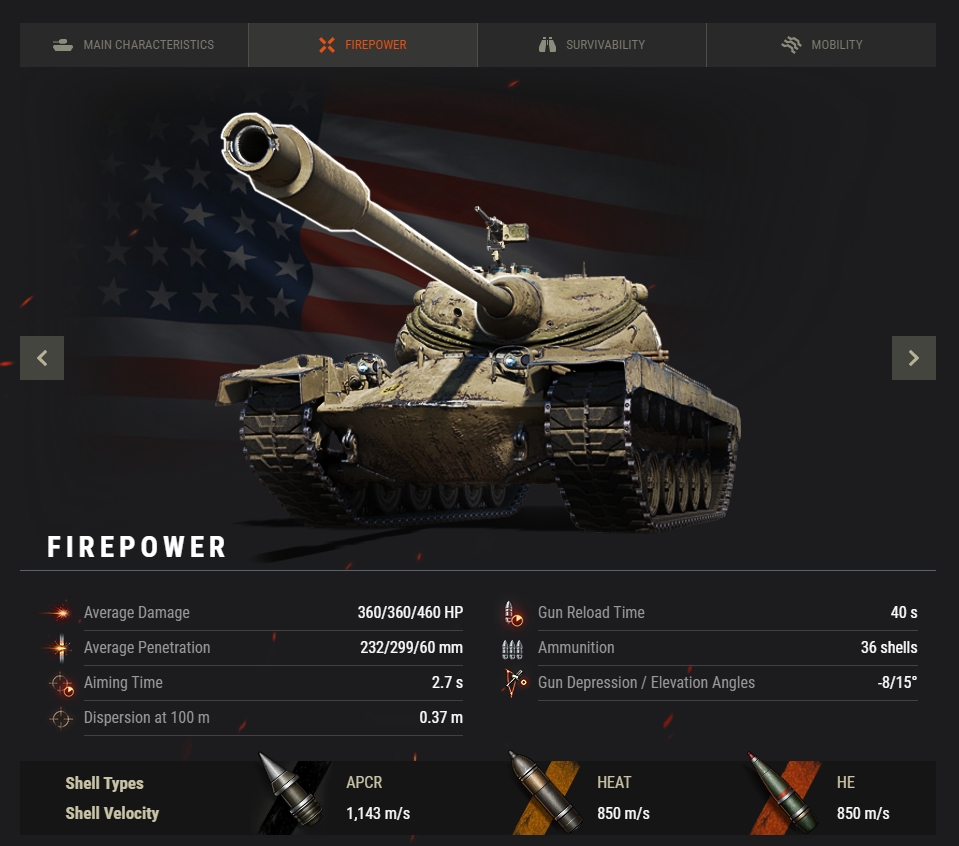 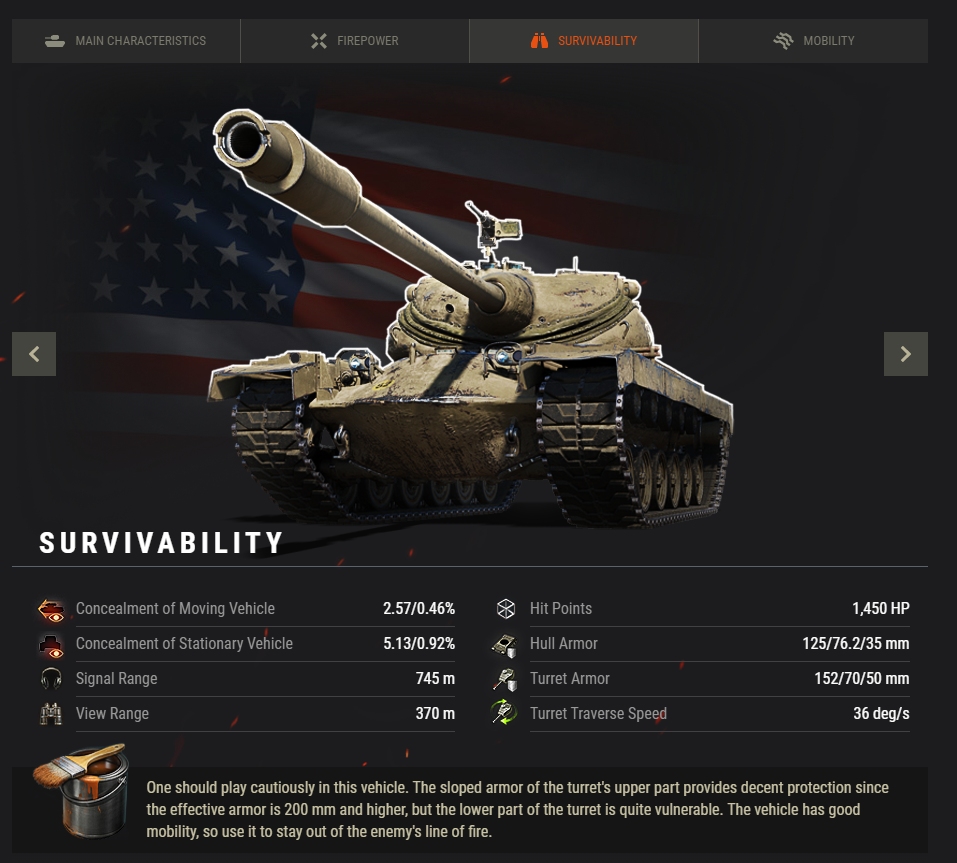 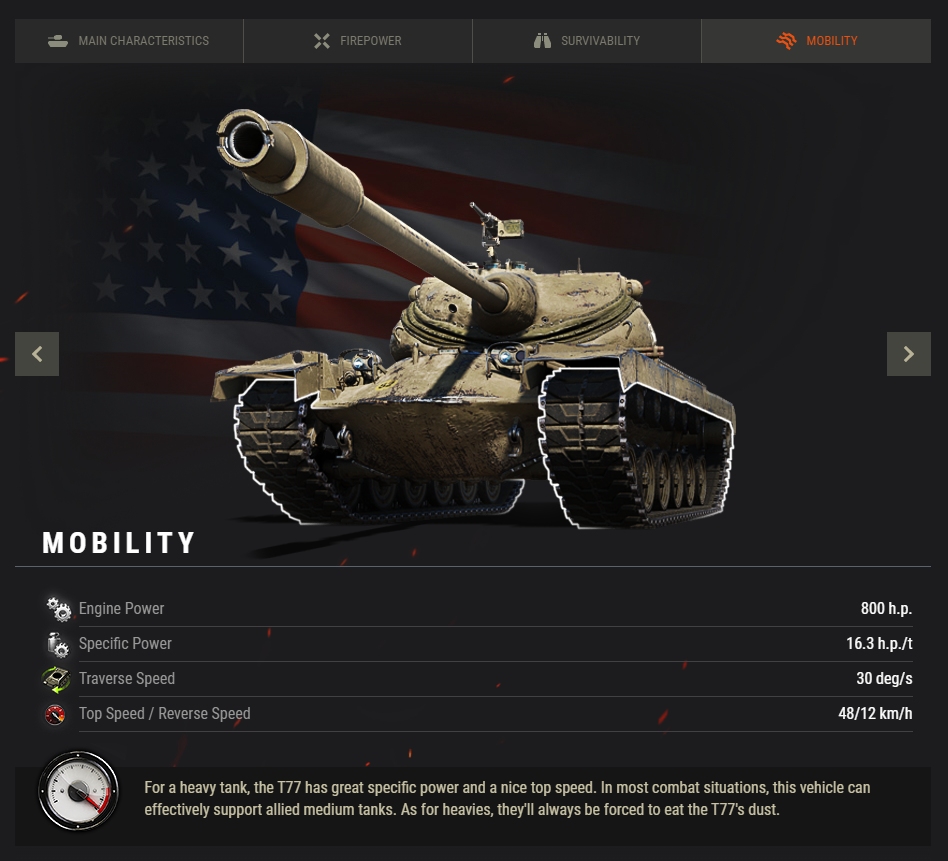 Good luck on the battlefield with this new and exciting event, see you out there!!!

CS-52 LIS My Thoughts as an Average Player

Onto the Supertest: CS-63

CS-52 LIS My Thoughts as an Average Player